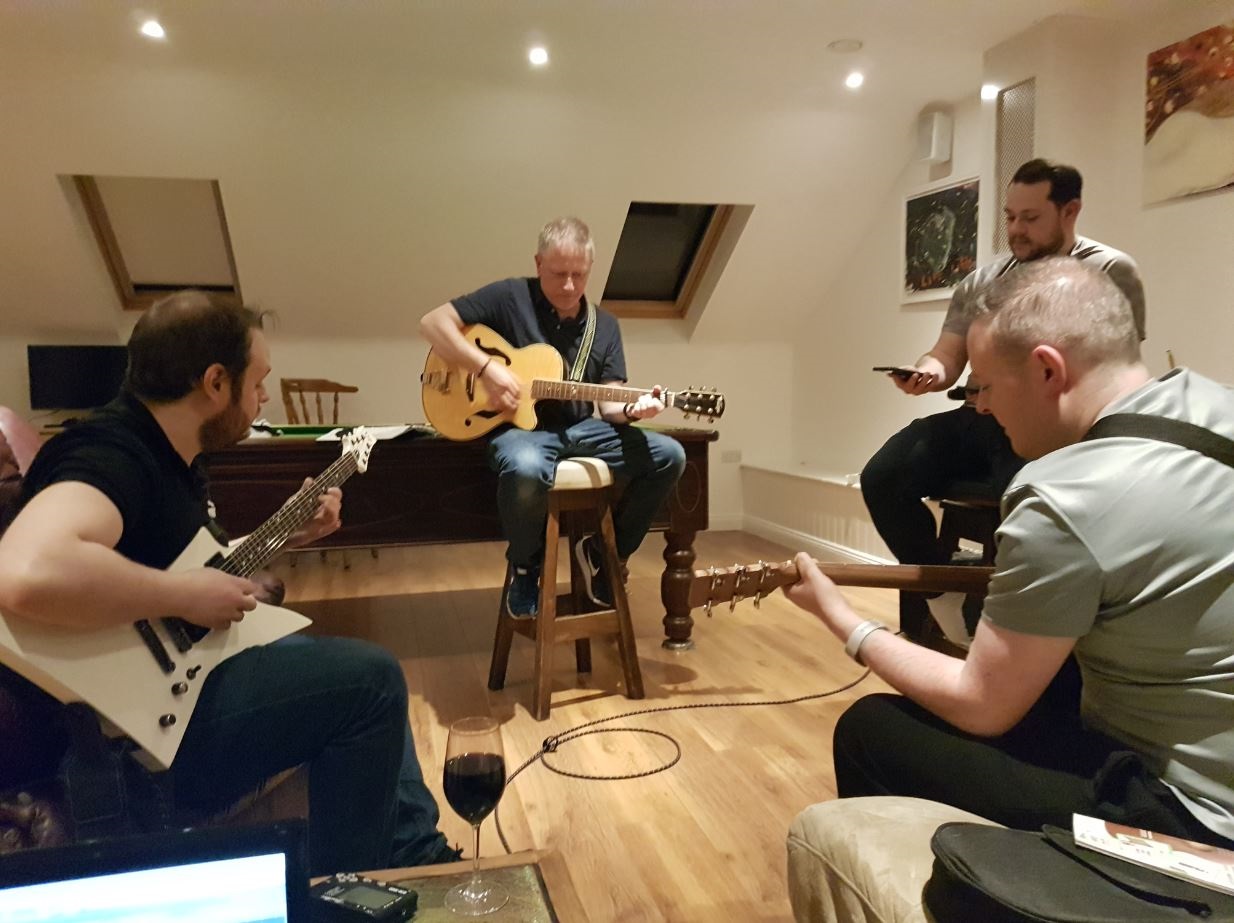 Based in Dublin, Ireland, BlockC is an alternative rock band made up of 6 talented musicians who formed together while working together. Bonded by a blend of ages, life experiences and love of music – this gang have set out to achieve nothing more than creating satisfying, thought provoking, technically pleasing, kick-ass music…

Formed back in 2019 – BlockC started as a group of work friends deciding to meet up for a few jamming sessions. What began as a bit of fun and stress relief, messing with some well known cover songs and band favourites, it quickly became clear that there was so much more potential to achieve some bigger and better things. The name BlockC has a personal meaning to the band as it is the area where the guys first met and worked together. Not only that but it was the first place they all bonded over a love of music. This band’s story started after a few sessions sparked inspiration and creativity to develop their own sound.

Heather Road is the bands trail blazing first release to the public. A combination of months of work has produced a unique, satisfying and self-proclaimed fun EP. A journey that started in studio at Heather Road, ended in week long recording session in Westport where the whole EP was recorded.

The EP is a combination of different styles and ideas which came about as the band looked to understand and create their own unique sound. Each song brings in the personality of each of the band members. From soulful rock numbers to highly technical guitar ballads – this EP is guaranteed to have something to have all listeners drawn in and playing for years to come.

The band has already started on their first studio album and while collaborating during these difficult global situations has its challenges, the band is really looking forward to bringing you new music which they hope will rock your world!

Subscribe to our newsletter and we’ll send you the emails of latest posts.